What is The Witcher Netflix Season 1 Episode 1 Release Date UK?

First Season of Withcer is set to premiere on Netflix on 20th of December 2019. We already know Henry Cavill ( who is said to have been chatting up the idea of snagging a role in Witcher TV series for a while) will play Geralt of Rivia, a mutated monster hunter struggles to find his place in a world where people often prove more wicked than beasts.

Production started in October 2018. But if late 2019’s still too long for you to wait, you can always check the books it is based on the Polish novel series by Andrzej Sapkowski who said:
“I’m thrilled that Netflix will be doing an adaptation of my stories, staying true to the source material and the themes that I have spent over thirty years writing,”

Who is Playing The Witcher Netflix?

Henry Cavill will play Geralt in Netflix The Witcher Series.

Henry Cavill on his cast for Geralt :

“Absolutely. Yeah, that would be an amazing role,” said Cavill in an interview with IGN early in August regarding his interest in playing the main character of The Witcher series. “The Witcher 3. I just replayed all the way through. Love that game. Really good game.”

How many episodes will be in Season 1 of Witcher Series?

There is set to be eight episodes in the first season of the Netflix show. There will be no Episode 9 of Netflix Witcher

Executive producers Sean Daniel and Jason Brown added: “The Witcher stories follow an unconventional family that comes together to fight for truth in a dangerous world. The characters are original, funny and constantly surprising and we can’t wait to bring them to life at Netflix, the perfect home for innovative storytelling.”

The Witcher – what exactly it is about??

The Witcher will be based on renowned fantasy book series by the Polish author Andrzej Sapkowski. The Witcher Series is made up of 2 short story collections and 5 novels. The short story collections introduce many of our favorite characters and do a lot of world-building and the novels tell the story of Geralt and Ciri. The books do not spoil the story of the games in any way. It is hard to gauge which will be used to base Season 1 on, however, there is a large scope for many seasons to come.

Casting is underway for the Netflix series, and that means scripts are out in the wild, making their way to agents and actors. Unsurprisingly, casting scripts for two Yennefer scenes have already leaked. You can see them on Reddit, but here’s a little preview.

“Really it’s about the creamy whiskers … and the way muffin crumbs get stuck there… it truly makes me want to vomit. Then there’s the creeping. Always creeping into the beds of chambermaids who do not want to clean your dick with their bodies. Creep creep creep. And on top of that, you’re very, very dumb.

“Bear in mind I have no qualms with any of that really – again, creamy whiskers. But then while talking a walk, so that I may advise your feeble mind on acts of war, you ask if you can touch my breast. The answer was a polite no thank you. But the takeaway, your highness, is that you are in the palm of my hand.” 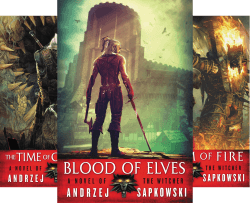 The Witcher Books what order to read the Witcher?

Sorted in chronological order the books that make up the series are:

Will there be a Witcher 4?

At the moment, the Games Developer CD Projekt Red hasn’t confirmed that there will be Witcher 4 game. However, they haven’t denied creating one either.
[/et_pb_text][et_pb_text admin_label=”The Witcher Netflix Season 1 Episode 1 Cast” _builder_version=”3.27.4″] 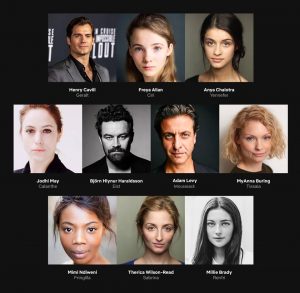 Below some of the Witcher 3 Cast details:

Lauren S. Hissrich has even taken to describe each character via Tweeter. see below

See below how others thought the cast will look like