The Shannara Chronicles Season 3 Release Date – at the moment the show is said to be canceled. If it was to be renewed – it would be released November 2019. There are rumors of Netflix renewing the series!

as per video above seems like there is an option for fan version of shannara chronicles to come up, though not 100% sure on how soon that could be. best to wait and follow https://www.youtube.com/channel/UC8KajJwa402nEao5bh2HifQ to get the news of any progress.

What you will find:

Is the Shannara Chronicles coming back for Season 3?

At the moment it is said that Shannara Chronicles are not coming back for Season 3. Paramount Pictures has passed on the drama.

How did Shannara Actors change since the first season??  have a looksy

Is the Shannara chronicles over?

On January 16, 2018, it was announced that the series is over. Shannara Chronicles had been canceled after two seasons and that the producers are trying to sell the series to other networks like Netflix. 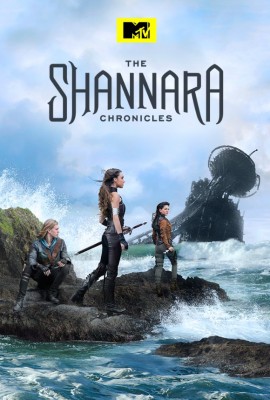 18, it was announced that the series had been canceled after two seasons and that the producers are shopping the series to other networks.

An Elvish tree, known as the Ellcrys, is dying. The bad news is that the tree has been the only piece of magic that protects the Four Lands from the Demon World. Amberle Elessedil is the only one who can save the tree. But she has to unlock magic that the Elves haven’t used in thousands of years. With the help of Wil Ohmsford, she travels to find the lost magic. But it won’t be an easy task.

The Shannara Chronicles Season 3 on Netflix?

The first season of The Shannara Chronicles  was streaming on Netflix and second season is also coming to Netflix. Many fans of the series learned about the series and watched the series for the first time on Netflix. Due to the high popularity of the show on Netflix and a great success picking up shows for another season (e.g. Glimore girls, Last Kingdom) there is a lot of speculation that Netflix will pick up the series. Nothing is yet confirmed. 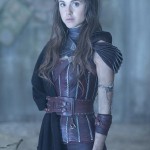 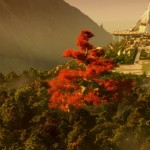 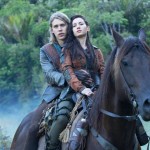 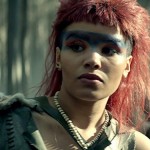 Wil Ohmsford played by Austin Butler, the last in the bloodline of Shannara family who is a half-human and half-elf. He possesses one of the three Elfstones that belongs to his father. Amberle Elessedil played by Poppy Drayton, the first female to be accepted as the chosen and becomes the lover of Wil, she is the Elven Princess and they are responsible for protecting the Ellcrys tree but she sacrificed herself to save Ellcrys and the other elve in her kingdom. Eritria played by Ivana Baquero, a human rover that rose by thieves, has secret feelings for Wil.

It has been a long time since The Shannara Chronicles season 2 has been ended, fans waited patiently for the third season to be released but there was no word from the home network any comments or any hint about renewing the show.

The show gained huge popularity in the release of the first season on MTV aired on January 5, 2016, and it was renewed by the Spike TV right away for the second season on October 11, 2017 however, the ratings and viewership of the show was decreased and failed to cope up with a loss.

Spike TV didn’t give any statement about the ending of the show on season two and it wouldn’t be the we-so-called ending in a show so fans were still expecting for the third season but it was announced on November 22, 2017 that the show was the reason for the fans to make a petition for the renewal.

The parent production house put The Shannara Chronicles in the sale so fans were petitioning for the other network to pick up the show one of them is Amazon Prime or Netflix would pick them up and make a comeback. As the first two seasons were aired on Amazon Prime it would be expected for them to buy the copyrights of the show and if so it would be released on 2023, none of this has been confirmed yet. If the show has been ended it would be a disappointment to the fans, however, it wouldn’t be able to return since the show miserably failed on the second season we would just hope for the future announcement.

The story is an adaptation of the best selling fantasy novel of Terry Brooks titled The Sword of Shannara trilogy, created by Alfred Gough and Miles Millar. The fantasy drama follows after the destruction of civilization the Earth was in destruction and now known as the Four Lands, inhabitants and races are being called just like dwarves, gnomes, elves, trolls, and also humans.

The Elfstones Shannara who possess the magic and expected to save the Earth, demons and other dark forces are now recurring from Forbidding locked in Ellcrys tree that holds back demons from escaping. A group of inhabitants and races joined forces Wil Ohmsford, from Shannara family and the last descendant, Amberle, a princess from the Elven Kingdom, and Eretria, a human rover, they realize that they possess the power to stop the evil things to happen. As they were in their journey they would encounter problems that will mold them to who they are and be better and how they would accept their destiny.

Will Netflix Pick up Shannara Chronicles?

At the moment there is no official Netflix confirmation if it will pick up Shannara Chronicles and renew it for season 3. There has even been a fan-made petition to netflix to renew the series. See below for a link to it, sign it and we maybe will be able to get it back!

Why were the Shannara Chronicles Cancelled?

Shannara Chronicles was canceled as a result of restructuring at MTV and Viacom. CEO Bob Bashkin has made changes into some Viacom-owned networks, mainly with MTV ditching several if its series in favour of other shows like ‘fear Factor’.

The Lord of the Rings Season 2 Release Date

The Lord of the Rings Season 2 Release Date